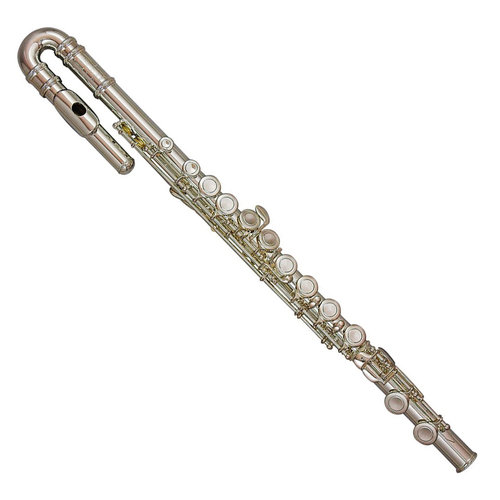 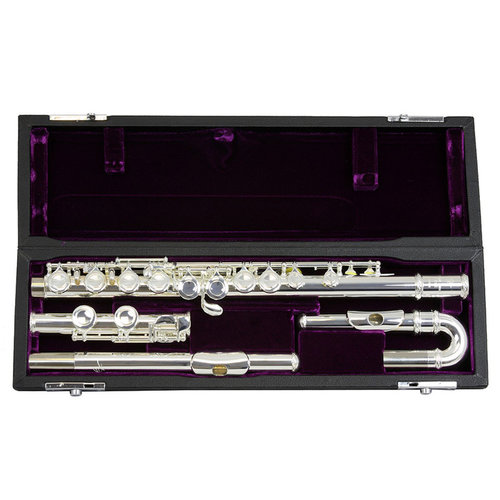 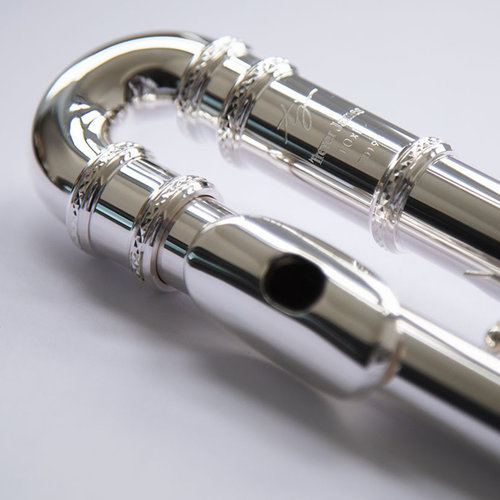 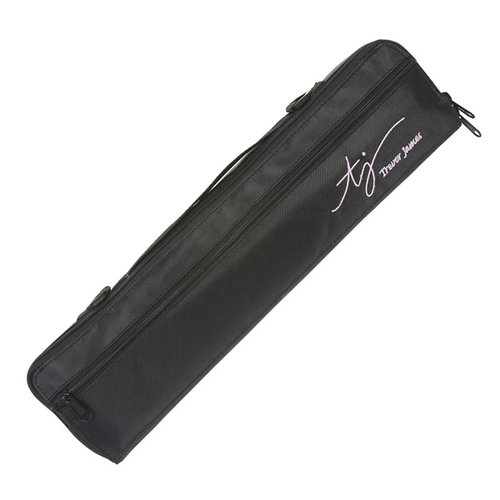 Whether you’re an absolute beginner or are returning to the instrument after a few years away, the Trevor James 10x flute was designed specifically for you. Read more

Whether you’re an absolute beginner or are returning to the instrument after a few years away, the Trevor James 10x flute was designed specifically for you.

Thanks to the exclusive ‘Shaped Lip Plate and Riser’ design, the TrevorJames 10x flute is an extremely free blowing silver-plated instrument which is made with the sole aim of helping you advance at a much quicker pace.

"What a fantastic flute! I recommend the TJ 10x flute as the best 'first' flute above all others"

Why does this outfit include two types of head?

Having a flute complete with a curved and straight head is a great idea, especially for younger or physically smaller players. The curved head makes the physical key-reach a lot easier in the beginning, but as the student grows or the player becomes more competent, the curved head can be switched out for the straight for a more traditional playing position.

The 10x flute has an exclusively designed lip plate which rises slightly toward the centre. This gives the new, or returning player, the benefit of having an immediate and free blowing sound, especially in the lower octave.
The lower notes are notoriously hard for the new player as it involves most if not all keys being depressed, so the air stream is at times, is right down at the bottom end of the flute. This ‘Shaped’ lip, - unique to the TJ 10x - opens up the lower register and gives a huge advantage over other student flutes because it’s not only easier to play in general, but it’s actually easier to get a great tone too.

The headjoint is most important part of the flute as it’s where the sound originates. So a nice, shiny new instrument with a sub-standard headjoint will have substandard playability, and this is ever more true when the player is new to the instrument.

Professional Pads for a guaranteed consistency of performance:

Your new TJ10x Flute benefits from the same high-quality Italian ‘Pisoni’ pads that are usually the preserve of much more exclusive and expensive flutes.
Using such high-end pads, and ensuring they are seated correctly in the key ‘cups’, guarantees that sound production is more immediate when each key is depressed. If there is an air leak or gap between the pad and the tone hole, the note will not sound correctly, and all your effort will have been in vain.
Plus, ‘Pisoni’ pads have a significantly longer life span than the inferior pads often found on student instruments, which translates into a better, more reliable tone for a much longer period.

A Resonant Core of Tonal Quality:

Trevor James Flutes use Japanese tubing which is known for both its structural integrity and resonant quality. Generally, only used by the premium, professional Japanese flute brands (because of its much higher cost), this tubing forms the very core of each TJ flute, and along with the headjoint, explains why the 10x flute is regarded as the best sounding student flute available.

Silver-plated beauty, that will last:

You can be safe in the knowledge that each unlike other student flutes, the 10x has a triple plated finish on its tubing.

Needing to ensure that the de-plating often associated with lower-cost flutes was never an issue, we developed our own method coating 10x flutes. After much research we discovered that by copper-plating the nickel tubing first, the subsequent two (yes two!) layers of silver-plate are rock solid, giving you the most durable finish of any student flute.