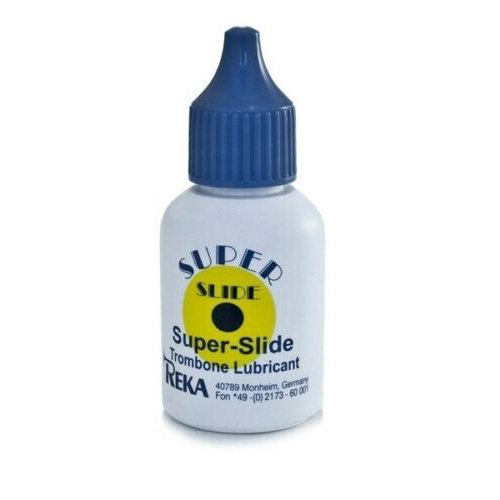 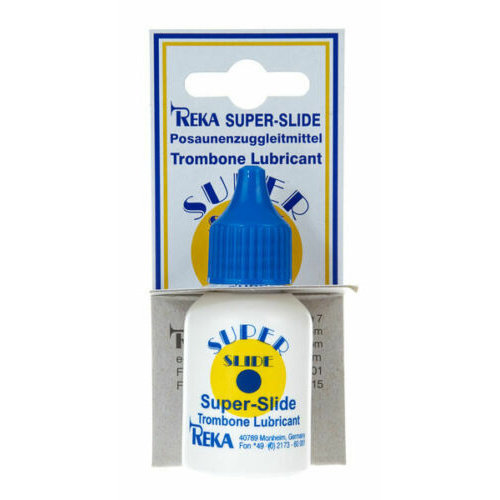 REKA Superslide - the one-component solution. Still the only one-component lubrication that meets or surpasses the standards of traditional two-component recipes. Read more

REKA Superslide is an advanced product that satisfies even the most demanding musicians. Application is considerably simplified through the use of only one bottle -- no additional water is necessary! On top of that, the player is rewarded with a fantastic, long-lasting, free-flowing action.

The main requirements for a trombone slide lubricant are:

REKA Superslide meets all these requirements!